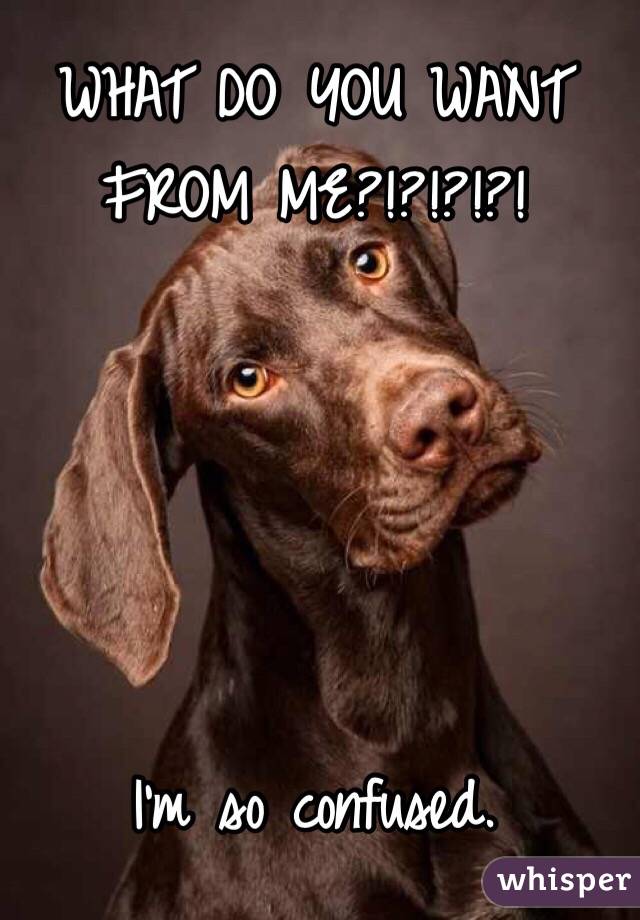 Humans are verbal beings; we use words to communicate our thoughts.  And we use the word “NO!” to indicate we want a behaviour to stop.  For example: 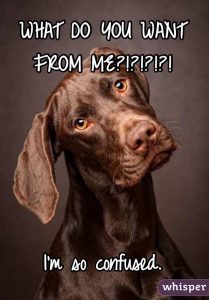 Since many dogs stop in their tracks when they hear  “NO” – its assumed Fido understands the message … but does he?

Often the real reason the dog stops is that he or she is responding to our tone – you know, the ‘I mean business’ tone’ accompanied by ‘that’ look on our face?!  So rather than learning to cease a particular behviour, the dog is simply startled.  And there are other problems with “NO” …

NO can be confusing ..

So for some dogs  ‘NO’ has opposite effect of what was intended: you say ‘NO’ as Fido digs up the flower beds, but from his point of view, he’s got your attention – he was bored before but now, by digging up the flowers, he has a strategy to get your undivided attention! (Plus he may even get a ‘game’ as you chase him around the garden to shoo him off the flowers). Bingo!  From your dog’s point of view this is the perfect strategy to get your attention … and one he’s likely to repeat.

“NO!” – is only half the picture
So, even if Fido does stop what he’s doing, we’ve only given the dog half the picture: We’ve said ‘dont do that‘ but we haven’t taught him what to do instead.  A more useful approach is to figure out what behaviour/activity you actually want from your your dog.  So for example if you want Fido to enjoy playing in the garden (and ignore the flowers), then train your dog to enjoy playing other games in the garden (ie lower the value/interest of the flower beds); or buy him a sand pit so he can get his digging fix in there.

Ogden Lindsey – a Behaviourist – coined the phrase the ‘dead man rule’ when talking about how we analyse behaviour.  He asserts that its more useful to define what the person is doing rather than describe what they’re not doing.  He continues that “If a dead man can do it, then it ain’t behavior!  So not doing something should be redefined in terms of ‘an act of doing.”   It’s the same for dog behaviour: Stop saying what you don’t want and start teaching your dog what you DO want.