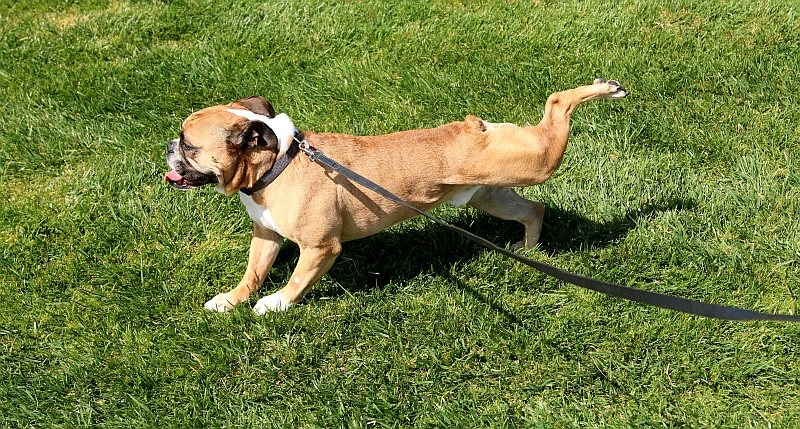 Picture the scene: your dog has just ‘performed’ but before you’ve been able to grab a poop bag, Fido is furiously scratching long, deep rivulets in the ground just milimetres away from his deposit, just like this dog here.  So, why do dogs do that?

Professor Alexandra Horowitz  (an eminent animal behaviourist) says that the pads on your dog’s feet emit an odour and scratching the ground means drops of the odour get released.  It’s rather like leaving an exclamation mark at the poop-scene!  So the scratching behaviour acts as a signpost to lead other dogs to the mother-lode of scent (the excretion) which in itself acts as a kind of info-centre about the scratcher!

What info do dogs glean from sniffing each other’s deposits?

A good sniff of another dog – or his poop! – reveals a wealth of information about who he or she is ie the dog’s gender; whether they’re ready to mate; how healthy they are; what they’ve eaten, whether they’ve had a bath (or not) and their emotional state.  Its even thought that dogs can smell each other’s age – after all age is simply a metabolic chemical process and chemicals leave a scent.

So for your dog, the post-poop-ground-scratching is just another way to ‘communicate’ with fellow canines;  a bit like us posting an update on Facebook so other folks can see what we’ve been up to!

For more information about this topic or for other dog training advice, contact Joy Matthews www.joyfuldogs.co.uk