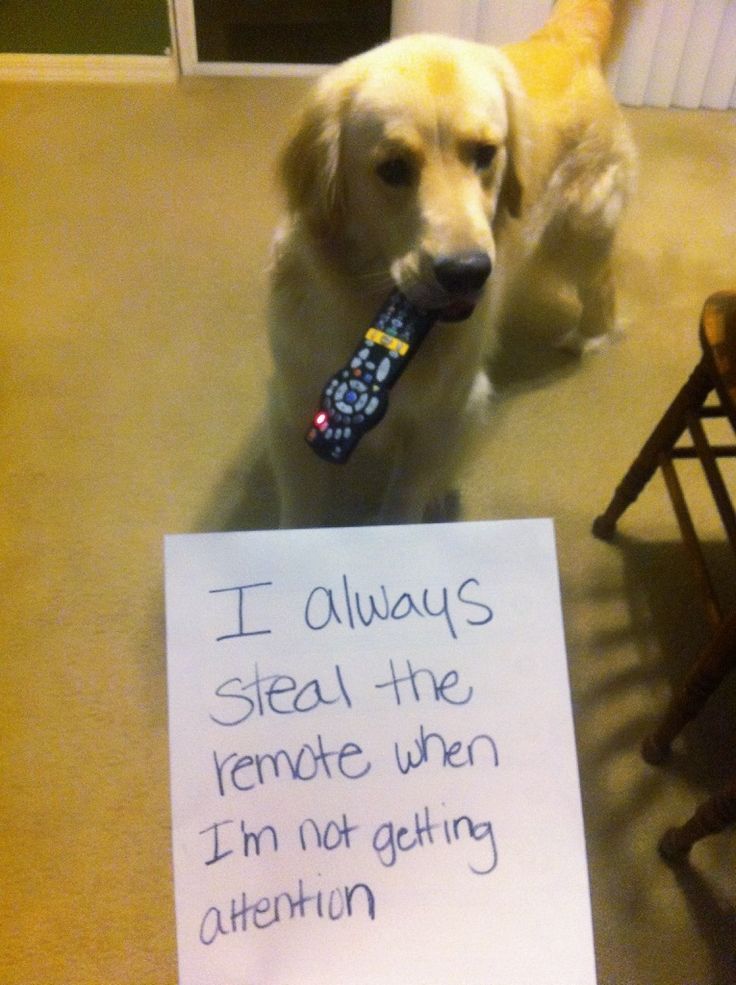 Does your dog run off with the remote or your slippers?   Do you wonder why?  Wish you could get Fido to ‘give up’ the ‘stolen’ items?

Here are a a few handy tricks to help you do just that!

I put ‘stealing’ in inverted commas because its unlikely your dog is hell bent on a course of crime.  More likely, Fido has worked out that taking things is an effective strategy to get your attention: Picture the scene you’re ‘chillin on the sofa’  – Fido is bored (he doesn’t watch tv, cant browse facebook or read a book).  Fido spies the remote, which smells of your hands and the yummy things you’ve been eating and he’s often seen you ‘playing’ with it so, he picks it up in his mouth.  You then leap off the sofa,  shouting “drop” as you try to grab the remote back.  From Fido’s point of view ‘stealing’ becomes a natty way to get your attention:  It makes you look at him, speak to him and better still give him a game of chase.  So, of course your dog is going to repeat the ‘stealing’ behaviour next time he’s bored. 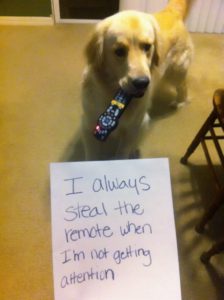 If – in addition to stealing items – your dog then runs off and hides with it, usually its because Fido thinks you’re going to snatch it from him and leave him with zilch … or something lesser:  By way of analogy imagine you saw a £20 note lying on the ground, picked it up and then I swooped in and snatched the £20 from you.  Next time I came near, you’d probably grip your wallet tightly and move as far away from me as possible!  Its a similar scenario for Fido when he takes the remote or your slippers and you try to grab them off him – Fido sees you as a ‘toy snatcher’.  However, the good news is that you can change all this ….

Get ready to play the “2-Toy-Swap”.  Here’s little ‘Ruby’ the Cockerpoo pup showing you how! 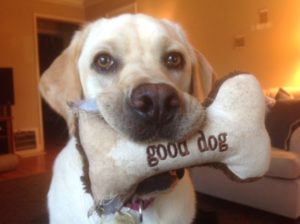 Practise playing the 2-toy-swap LOTS!  (Dont just wait till Fido has ‘stolen’ something).   When you start playing, it’s easier if you have 2 identical toys so you’re offering Fido an equal swap each time.  With regular practise, 2 things will start to happen:

Here’s beautiful Babel the Husky pup demonstrating the game for us:

And the remote? Pah, what remote?!  You now have a fun way to teach your dog that playing a game with you is much more fun than ‘stealing’ that remote.  Clever huh?.

Article written by Joy Matthews.  If you’d like more information about the “2-Toy-Swap” or help with any other dog training challenges, contact www.joyfuldogs.co.uk